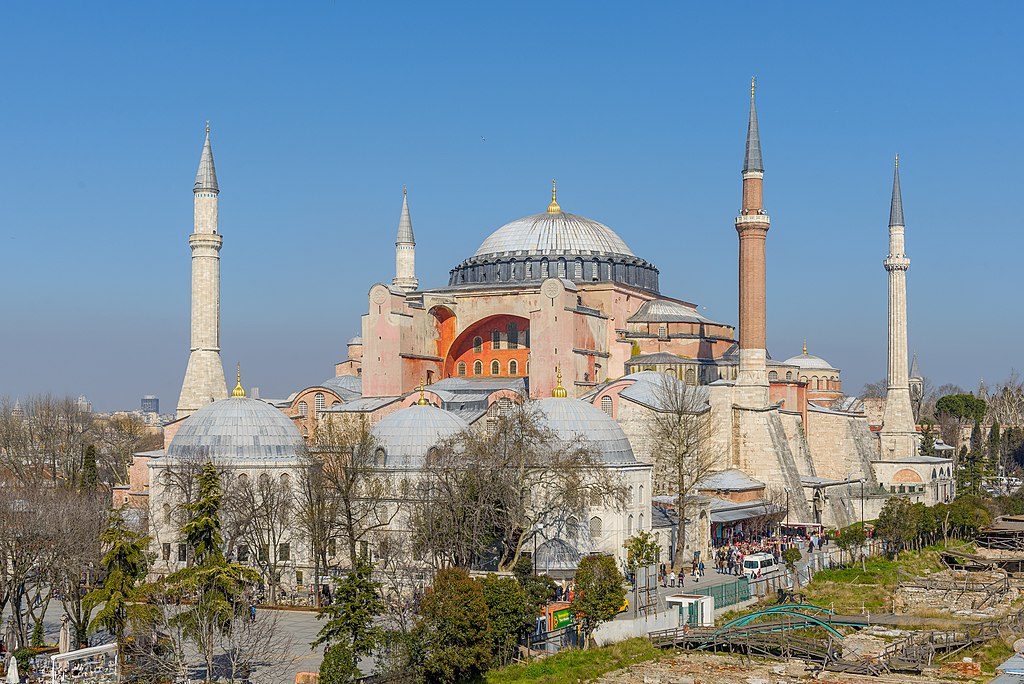 It’s impossible to forget your first encounter with the vast and numinous interior of Hagia Sophia in Istanbul. It is quite literally breath-taking. Even the scaffolding that was in place when I visited a decade ago could not detract from the sheer sense of space and the magical weightlessness of the dome. Then there is the rich detail of marble capitals and vivid mosaic icons to savour. But I cannot be alone in trying, above all, to imagine in my mind’s eye what it would have been like to witness the building being put to its intended use – the celebration of the Divine Liturgy. There is no altar in the apse any more but it’s easy enough to imagine it. A recent recording of chant from the Byzantine period with the addition of the acoustics of Hagia Sophia helps to give a sense of how the liturgy would have sounded.

But the visitor to Hagia Sophia is also struck immediately by the presence of other reminders of past prayer. The vast roundels bearing Arabic texts point to the building’s more recent use as a mosque, a use to which President Erdogan is determined to restore the building. It is hard to hear this news without a deep sadness at a move which is designed to assert a victor’s view of history and a clear religious nationalism. One passerby interviewed by the BBC claimed that it was obvious to anyone looking at the building that it was a mosque. I think he primarily meant the dome, an architectural form that was presumably borrowed by Islam from Christianity. A little historical awareness wouldn’t go amiss here. The Ecumenical Patriarch’s comments about this move have been irenic and measured. He wants the building to be a place of meeting and mutual respect rather than partisan identity, and its current status as a museum allows this. The World Council of Churches has echoed this position.

There is a part of me that welcomes the use of a sacred space for prayer in any faith tradition, but in the case of a building that held such an important place in the Christian world for most of its history, it would surely be more appropriate for the Christian Liturgy to be allowed there in addition to Islamic prayer. But given the complexities and politics of this situation, surely the wisest course is to allow the building to continue to speak of its histories as a museum open to all on an equal basis. 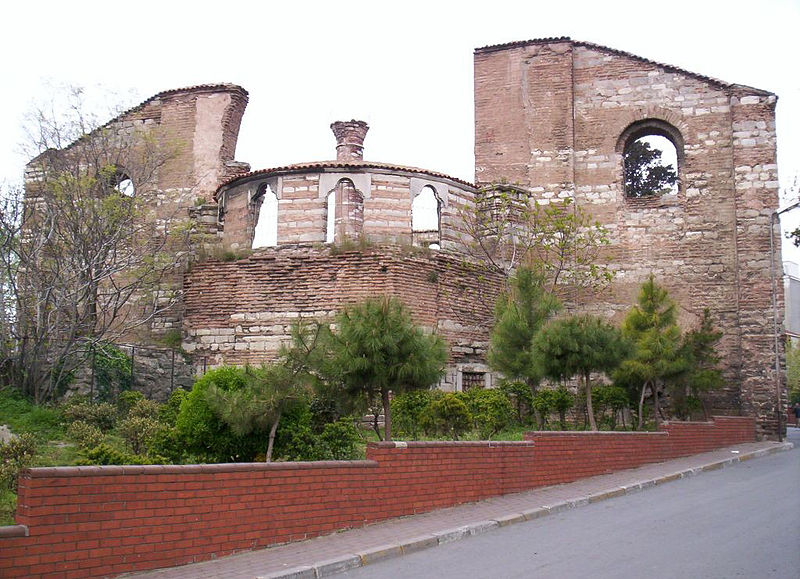 Hagia Sophia is not alone in telling the story of a significant and flourishing Christian past in Istanbul. The remains of the Monastery of Stoudios are far less well-known than Hagia Sophia, but they represent many vital centuries of monastic and intellectual life. The monastery that gave birth to the Athonite movement and nurtured many of the greatest spiritual teachers, including St Symeon the New Theologian, is physically present now only in a ghostly fragment. It would surely be appropriate for the civic authorities to celebrate and preserve remains like these as a visible reminder of a history worth cherishing.

Whatever happens to these buildings, however, is ultimately less important than the continuation of what they represent: the celebration of the Divine Liturgy in which heaven and earth are joined; and the prayer of the heart, in which the same mystery is enacted within us.