There is a well-known legend of the meeting between the first Zen Patriarch, Bodhidharma, and the Chinese Emperor Wu of the Liang dynasty, part of which forms the first case in the koan collection, the Hekiganroku or Blue Cliff Record. Dogen includes the longer version of it in fascicle 31b, Gyoji Ge, of his Shobogenzo but the legend is many centuries older.

Well known as a benefactor of Buddhist religious foundations, the Emperor begins his conversation with Bodhidharma by enumerating his many achievements in the promotion of Buddhism. He asks, ‘What is the merit of having done all this?’ Bodhidharma says, ‘There is no merit.’ When pressed further by the emperor, he goes on to describe such ‘minor achievements’ of humans as little more than a cause of desire. They’re not real. When asked what, then, is real merit, he says;

When pure wisdom is complete, the essence is empty and serene. Such merit cannot be attained through worldly actions.

Emperor: ‘What is the foremost sacred truth?’

Emperor: ‘Who is it that faces me?’

The emperor didn’t understand so Bodhidharma just went on his way.

Human power, at whatever level, desires credit, acclaim, recognition for its successes (‘no merit’, ‘vast emptiness’ is what Bodhidharma offers instead). It desires shrines which might serve as a suitable backdrop for staged political moments (‘nothing sacred’ is what Bodhidharma offers instead). It desires tame gurus to give affirmation and credibility (‘I don’t know’ is what Bodhidharma offers instead). But Bodhidharma’s responses are not mere nihilism – they are a challenge to the usefulness of the questions themselves. The path to an awakened life is not formed by might, and certainly not by casting aside any who might stand in the way with tear gas and rubber bullets. It is not ‘formed’ at all, but opens up in ‘vast emptiness’ of compassion, the boundless openness that is founded on ‘not-knowing’. ‘Not knowing’ is the wisdom that listens to all sounds, to all voices, in the way that the Bodhisattva Kannon does. ‘Not knowing’ is the refusal to assert dominance, the refusal to possess another in any way. 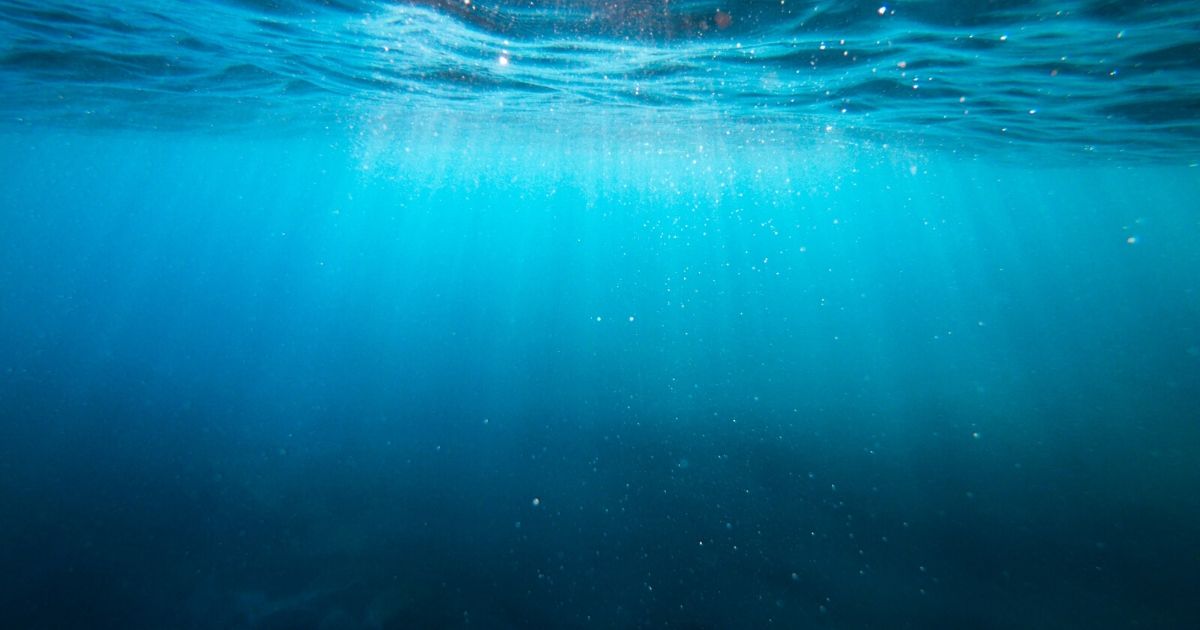 There is a Zen koan that is not to be found in any of the classic collections but first came to my attention through Bill Johnston’s writing on it. It goes like this:

The koan is found in the collection of Miscellaneous Koans used by the Sanbo Kyodan lineage and you can find a version of it in Sr Elaine McIness’s book, The Flowing Bridge (p.72) and a lovely interpretation of it in Ruben Habito’s Living Zen, Loving God (p.107). Johnston’s reference to it is in Letters to Contemplatives (p.72).

This koan speaks to me in Eastertide as an expression of the risen life of the one who has descended to the depths. As Christ descended to the deepest darkness and yet was not defeated by death (‘cannot get wet’), and ascended to risen life of wounded, compassionate presence filling all things (‘cannot get dry’), so the one who dies with him is raised with him. What one dies to is a limited self; what one is raised to is an empty-fullness. As the wound-bearing Christ showed, this risen life is not something disembodied and yet it is boundless. It is of great comfort to know the boundlessness of compassion in a time of isolation.

The resurrection is not comprehensible in biological terms, but it is ‘graspable’ in spiritual practice. The ‘descent’ is known to any who enter stillness without thought or theory, and the rising is known by any who are awakened to a compassionate life free from clinging (noli me tangere). Of course, these two movements are not straightforwardly chronological but form a constant and single flow. We enter into that flow in contemplation and we live it in every moment.

Norman Fischer is a Zen teacher of Jewish heritage who wrote a thoughtful and poetic version of 93 of the Psalms called Opening to You. 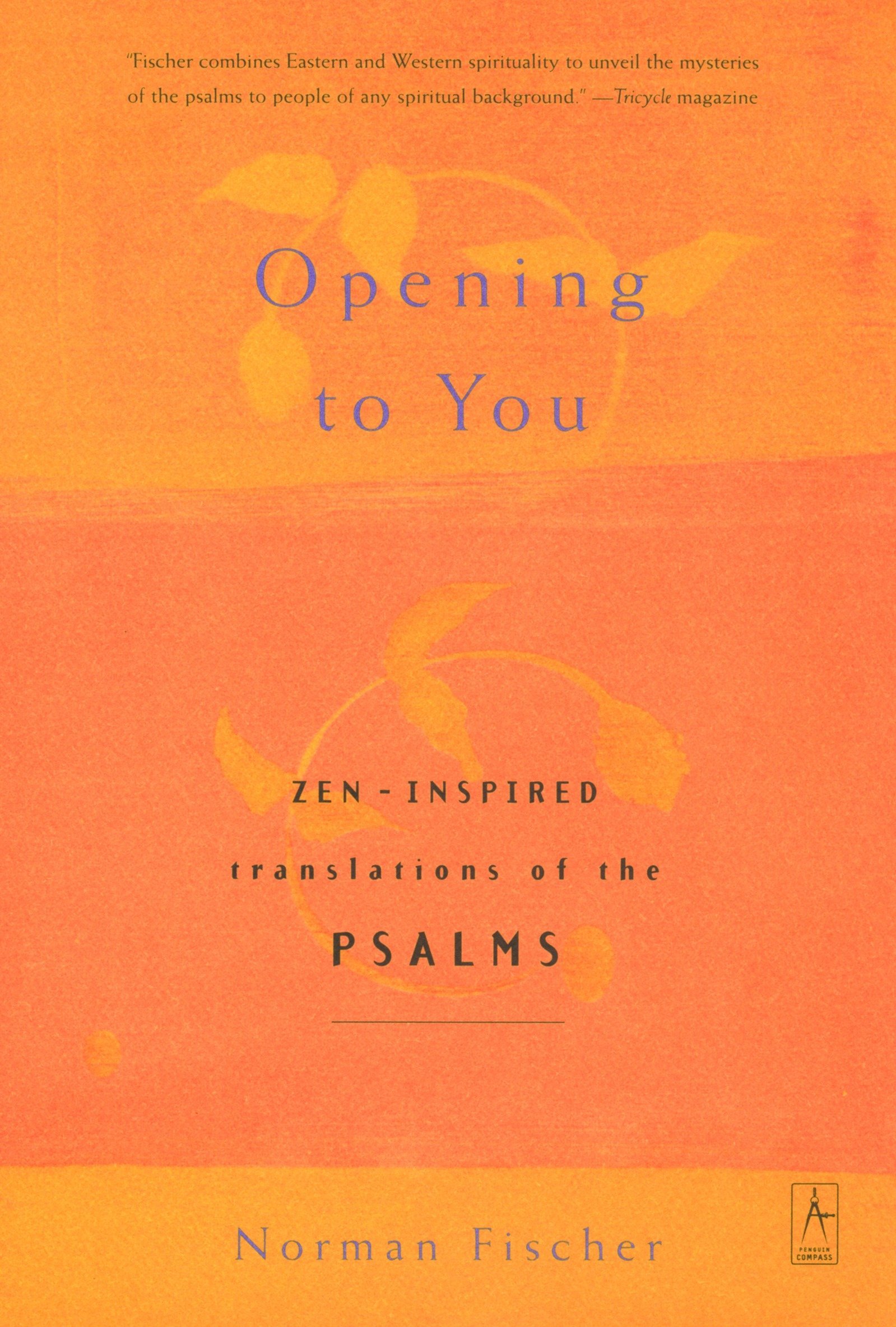 The ‘you’ of the title is his way of getting round the heavily freighted nouns that are often used to refer to God in scripture – all his psalms invoke God directly in the second person and thus have an intimate feel. I have a second-hand version in which Fischer wrote an inscription to the original owners. He wrote a quotation; ‘Your unsayable name is glorious’, a verse from one of his translations.

He wrote this collection after a visit to Thomas Merton’s old monastery of Gethsemani almost 20 years ago. In a monastery, one cannot escape the Psalms – they form the backbone of every monastic office – but their language can be strange to us. Sometimes angry, sometimes vengeful, sometimes intense, sometimes remorseful but often glorious, personal and richly coloured, these ancient songs will stand a great deal of re-imagining. Fischer’s versions are faithful to the text but just occasionally angle the meaning towards the insights that have come to him from years of seated zen meditation, insights that delve deep into the nature of consciousness as it manifests itself in the sitter and reveals the nature of all that is. Here is his version of Psalm 23, which feels very recognisable but has some lovely turns of phrase that introduce some less familiar thoughts:

YOU ARE MY SHEPHERD, I am content
You lead me to rest in the sweet grasses
To lie down by the quiet waters
And I am refreshed

I am struck by that phrase, ‘the path that unwinds in the pattern of your name’ in place of the more familiar ‘he leads me in right paths for his name’s sake’. For it is the unfolding pattern of our footsteps that reveals Truth to us – this life and not some other, imagined, idealised life that is our true teacher, manifesting our nature as eternal, made in the image and likeness of the Creator. There is great refreshment in choosing simply to walk the path that unwinds before us and not to crave some other. Even in adversity there is a table set for us.