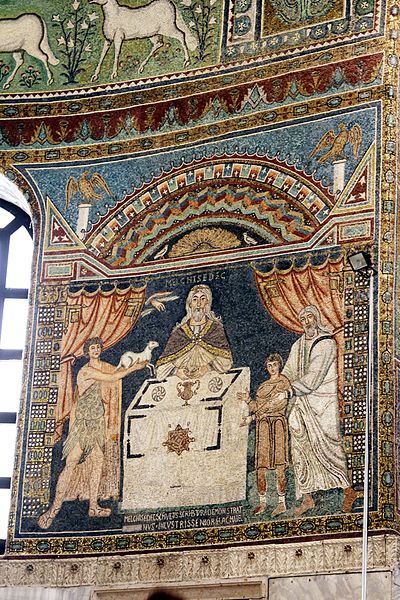 This week, I’ve been attending the Methodist Conference on behalf of the Scottish Episcopal Church and I’ve enjoyed getting to know more about a tradition that may not have huge numbers in Scotland, but has played a very significant role in ecumenical life here for a long time. One of the themes that came to the fore in today’s discussion was the lack of access that many have to the Eucharist, both as a result of a shortage of presbyters to preside in scattered rural locations and, in a more widespread but more temporary sense, because of the lockdown to prevent the spread of the coronavirus.

On the latter, the Conference was urged to seek theological clarification about what might be possible with the use of digital media, echoing debates that have taken place in many churches. On the former, Methodists already have a remedy in the form of a permission that may be given to a lay person, with suitable preparation and for a limited time, to preside at the Eucharist. Such permission is not always granted and there is a careful process to consider such requests.

I was impressed by the care taken over this debate and by the pastoral commitment to provide access to the Eucharist for as many as possible. I also find myself uncomfortable with the thought of introducing such a measure in our own tradition. I should say that there is not a move towards such a thing in the SEC and that is not because we don’t value the Eucharist – we do, very much. However, with the longstanding provision of self-supporting priestly ministry, and with the possibility of communion from the reserved sacrament (there’s another piece to be written about that!) the issue does not seem to be quite as pressing.

So I am left with the question of why it is that I feel discomfort at the practice of lay presidency at the eucharistic Liturgy. Why do most churches with the historic episcopate (Catholic, Orthodox, Anglican) reserve the presidency of the Liturgy to bishops and presbyters without exception? Is this just a case of clerical protectionism? I think I would want to defend this practice not on the basis of any kind of special ‘power’ given to bishops and priests at their ordination that makes them alone capable of effecting the consecration of the Eucharistic elements (it’s the Holy Spirit who does that!) but on the basis of our understanding of the nature of the church.

For us, ministry is not primarily a matter of competence (thank God), training, power, function, management or special holiness. It is primarily a sacramental sign of the unity of the church founded upon the apostles and a means of serving that unity. It is also a sacramental sign the priestly character of the church and, indeed, of humanity as a whole in its ‘eucharistic’ relationship to the whole creation. By that I mean our calling to offer the sacrifice of praise, the Liturgy, on behalf of the whole creation, eschatalogically proclaiming its fulfillment in Christ. Seen in this way, the Eucharist is seen as more than the dispensing of spiritual nourishment to the faithful, though it is certainly that too. The Liturgy is primarily an act of Christ through his Church, a re-presentation of the whole paschal mystery. Each Liturgy is an act of the whole church, not just one local expression of it, as it participates in the one paschal act of Christ.

In order to express that unity, churches in our traditions see the bishop as the principal priestly minister of the mysteries of the new covenant, united with the ministry of the apostles. Presbyters preside by delegation, sharing in the priestly ministry of the bishop, as do deacons through their distinctive ministry (though not presiding at the Liturgy). It is this intimate connection with the apostolic ministry founded on the paschal mystery of Christ that lies at the heart of the paradigmatic priestly act of the church – the Eucharist – and is expressed symbolically through the uniting spiritual ministry of the bishop.

Of course, every Christian participates fully in the paschal mysteries of Christ through baptism and receives from that a priestly character, restoring that character to our humanity. And as the Liturgy is an act of the whole church, it includes all the baptised. The priestly ministry of all the baptised is at the heart of the life of the church as a Paschal mystery and is expressed every day in the life of prayer and in the living of a Christian life in the world. The baptised Christian is not simply a recipient of sacraments from the hands of a priest, but one who has priestly dignity as an icon of restored humanity in Christ and as a bearer of his transfiguring presence to the world. When, in the Byzantine rite, the Cherubic hymn is sung, its declaration that ‘we’ stand as mystic symbols of the cherubim, it means that the whole Eucharistic assembly is ministering together in the heavenly realm, offering a sacrifice of praise to God, not just the ordained priest who presides. Every icon of the divine is honoured with incense at the Liturgy – those painted to represent the saints as well as those who stand in flesh and blood.

I am conscious that I present only one theological perspective on this matter – and that as yet not fully formed – and I respect fully those traditions that take a different view. Indeed, the variety of views on the presidency of the Eucharist reflects the variety of emphases of its rich character that we find in different theological traditions. I offer this work-in-progress only as a perspective, not as a full or final word!