We have a problem in normal English usage in having only one word – church – to describe both the holy people of God and the building in which they gather to offer the Eucharist. If, however, you are a French Protestant or a Greek Orthodox, you have another word for that building: it’s a temple. As we prepare to open up our churches once more for prayer, it’s not a bad time to think about why we are drawn to these holy places and whether we regard them as holy at all. What are they for and how do we describe them theologically? Does the language of the temple help? 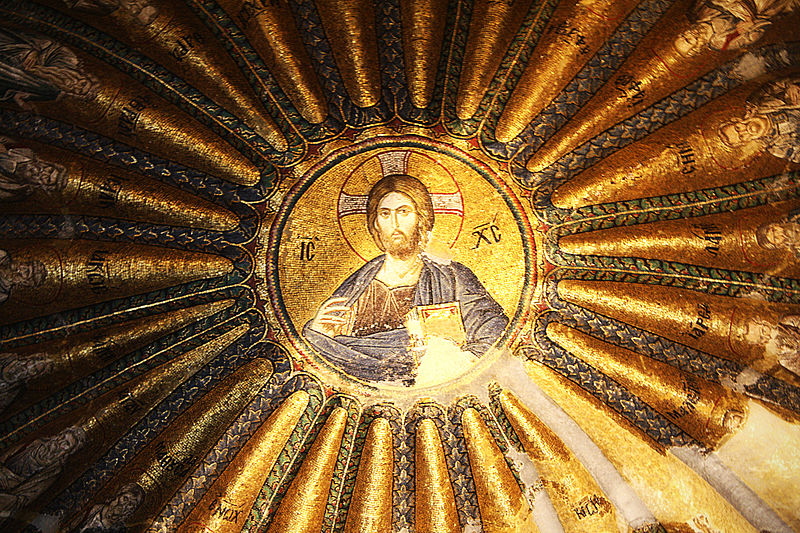 I have heard some familiar concerns being raised about identifying a church building as ‘holy’ by those who fear that, in doing so, we make a separation between that space and all others, between sacred and profane. Many would argue that the primary purpose of the church building is as a place of assembly, a convenient means of allowing the holy people of God to be in one place as they worship together, but that it does not in itself possess any special significance except, perhaps, as a place of memories and associations. But I suspect that more people have an intuition that there is something particular about the church building, something that invites a sense of the numinous, an apprehension of something of ultimate rather than simply utilitarian value.

In writing about the understanding of the temple in Orthodox thinking, John Chryssavgis writes;

Whether a small community chapel in Greece, or a tiny rock-cave church in Cappadocia, or an enormous imperial cathedral in Constantinople, the focus and function always has a single purpose: to reveal the fullness of divine glory and heavenly splendour in this world as God’s creation and abolish the man-made distinction between sacred and profane.

In other words, the temple is ‘an epiphany, an essential link between the heavenly and terrestrial, the the spiritual and material, soul and body.’ (ibid.) I recall one simple image of how this works in practice at Vespers in a church in Cyprus, with the faithful bringing food made at home to be blessed and shared in crumpled plastic bags underneath the great dome of the church bearing the image of the Patokrator. Heaven and earth are joined. In a similar way, the Royal Doors in the iconostasis become not a barrier but a portal, a place of entrance through which God comes among us in bread and wine.

The temple as a dwelling place of divine glory is not, then, an exception from the world but an indication of the coming fulfillment of the world which is already realised in the transfigurations we experience there. It is not that God’s presence is limited to that place, but that it is revealed there in a particular way, and what is revealed there is true for every place. We know God is everywhere because we experience God here. Architecture can help us out here, especially with the use of the dome as an icon of the sky and, in its circularity, of eternity. The temple is a microcosm. It is a place both of familiarity and awe, conviviality and reverence, luminosity and mystery. And I will be delighted to be able to open its doors once more!