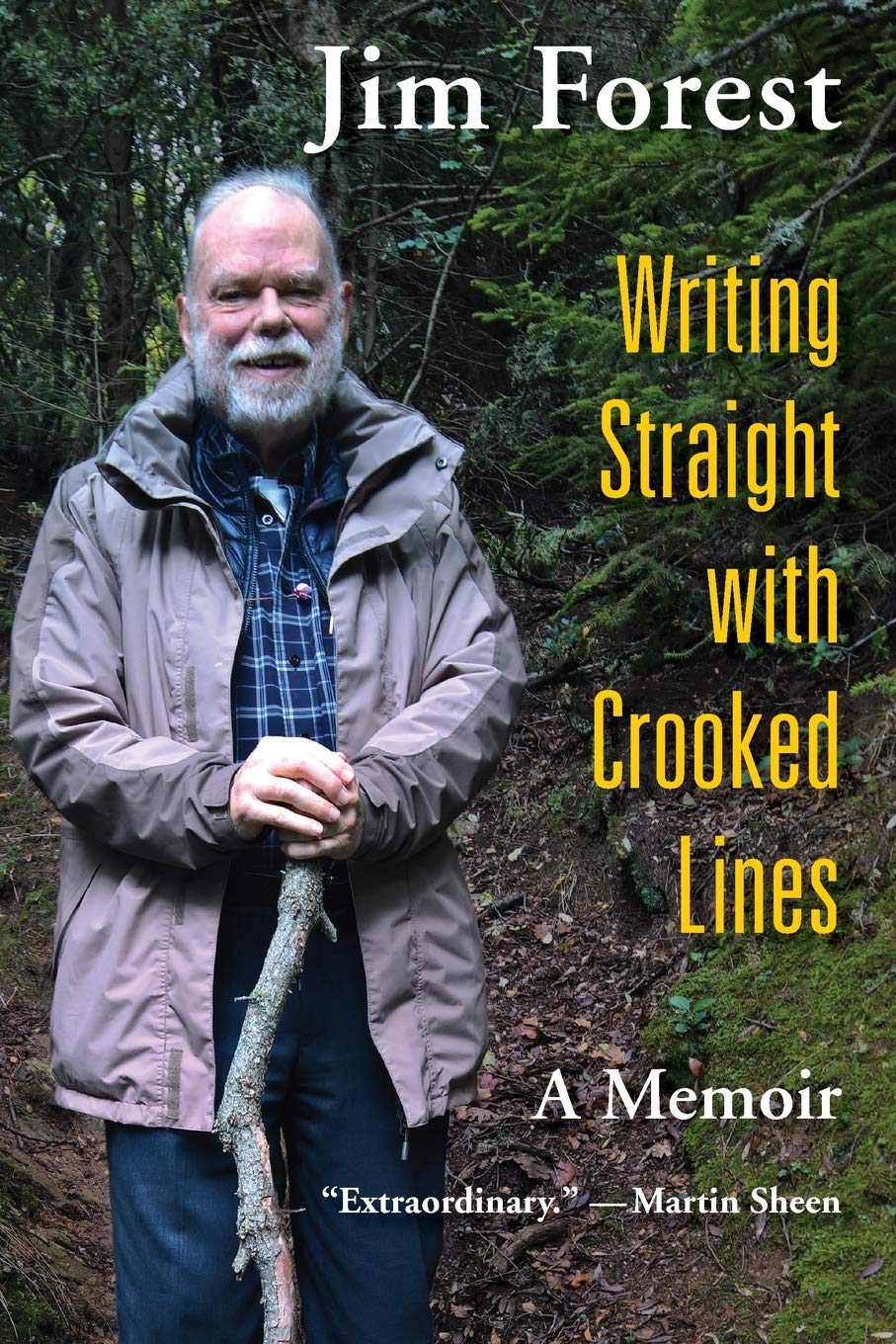 I don’t often use this space for book reviews but felt that I wanted to give this one a special mention because it touched me deeply. Jim Forest is a writer and peacemaker, a man who, in his own words, ‘has looked for ways to overcome enmity.’ He has worked over the years with many peace organisations, beginning with the Catholic Worker movement, and continues to write and speak about this most crucial Christian calling.

His memoir – note that he doesn’t call it an ‘autobiography’ – takes us vividly through decades of racial discrimination, the Vietnam war, the Cold War with its constant nuclear threat and charts these events with a good journalist’s care for detail. His account of the trial of the Milwaukee Fourteen who were involved in burning draft records and of which he was one, is mesmerising. He writes with a direct and colourful mode of expression and paints a great many superb portraits of the people with he met along the way. Many of these people have a significant place in that bigger story and Jim Forest’s encounters with them are often at a deep and sustained level: Thomas Merton, Thich Nhat Hanh, Dorothy Day, Henri Nouwen, Dan Berrigan to name only a few (he could also, by the way, easily pick up the phone to Pete Seeger or Joan Baez). But if this sounds like name-dropping, it does not read that way. Indeed, the thing that impresses me most about this non-autobiography is the way in which Jim Forest manages to write an account that is deeply personal and unfailingly honest without being in slightest bit self-obsessed or self-important. It is not confessional and he wisely side-steps things that must remain private. I met Jim a year or two ago and he winced when told me that his next book was to be a memoir. He is a genuinely humble man.

Jim also writes books on the spirituality of the Orthodox church, of which he has been a part for over 30 years. His books on the Beatitudes, icons and confession are accessible yet profound meditations on the spiritual life. I would warmly recommend them. And it is his integration of spirituality and peacemaking that continues to offer a compelling vision of Christian life that is rooted in its tradition without being sectarian, profoundly prayerful and simultaneously outward-looking, humbly open to new things yet well-grounded. This book is an exceedingly well-told story of a rich life. It is also a prophetic reminder of the church’s calling to make peace and to make sure that the peace it offers comes from a peaceful heart. It is an urgent and welcome reminder. Thank you Jim.