Pope Francis has invited people to take this week as an opportunity to reflect on his encyclical, Laudato Si’. For an excellent overview of the document, try this piece by the now Provincial for the Jesuits in Britain, Damian Howard. I thought I’d offer some responses to this remarkable text in the course of the week. 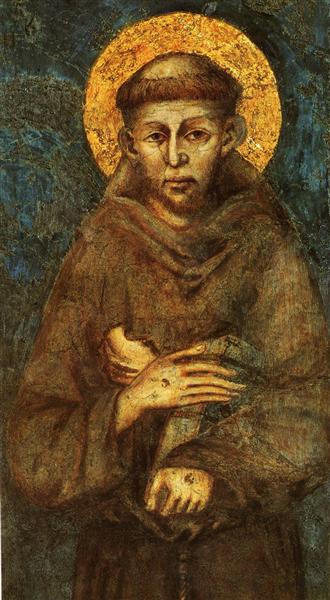 First of all, I think it is essential to recognise the basis of Francis’ approach in a spirituality that is deeply rooted in Christian tradition. It is a spirituality that is expressed most powerfully in St Francis’ Canticle of the Creatures, from whose opening line the encyclical takes its name. The Canticle directly addresses elements of the created world as brothers and sisters and with which Francis was united by ‘bonds of affection.’ This aspect of fraternal love for all creatures is vital. Our attempts to restore balance with the rest of creation is not best motivated by duty but by love. Pope Francis adds another Franciscan element to his holistic and ecological spirituality, which is a love of poverty and a love of the poor. He sees no distinction between love for our fellow human beings – especially those who are poor – and love for the wider creation. And the sense in which poverty itself can be loved is the sense in which it is a love of simplicity and restraint, spiritually detached from possessions. This, in turn, requires ‘being at peace with oneself’ and an attitude of ‘serene attentiveness’ which overcomes the anxiety that we feed with our greedy consumerism. In a practical vein, the spirituality that motivates Laudato Si’ encourages a life lived with ‘daily gestures which break the logic of violence, exploitation and selfishness.’ And finally, the mystical insight at the heart of the encyclical is that ‘the universe unfolds in God, who fills it completely’ – God is present in each of the ‘sublime realities’ of life. For this latter insight, Francis calls on St John of the Cross, whose Spiritual Canticle speaks of the vast, graceful, bright and fragrant mountains’, and dares to say that ‘These mountains are what my Beloved is to me’.

I think many in the wider environmental movement recognise that a conversion of our world towards a more sustainable future will not be accomplished without an underlying spirituality. Pope Francis has proposed this very thing and has invited us all to join in the conversation.